Large-scale investment opportunities exist in these areas of renewable energy:

The Victorian Government has committed to an increase in Victoria’s renewable energy target to 50 per cent by 2030 and has set a long-term target of zero net emissions by 2050.

Clean energy and storage investments are the key to meeting these targets, which require access to the world’s best practice and technologies.

Victoria has an advanced manufacturing base with everything from wind towers to solar hot water systems made locally, supported by a state with a world-class infrastructure and leading research capability.

Regional Victoria is home to the state's major areas of renewable energy generation. It plays an important role in adding momentum to the clean energy trend. For example, two regional Victorian projects have won the right to build 100 megawatts of wind farms to (indirectly) supply Canberra, the nation's capital, with renewable energy. (By 2020, Canberra plans to meet 90 per cent of its energy needs with renewables.)  Victoria's highly skilled workforce and its capable advanced manufacturing sector are well placed to meet the challenge of these and other new renewable energy investment opportunities. 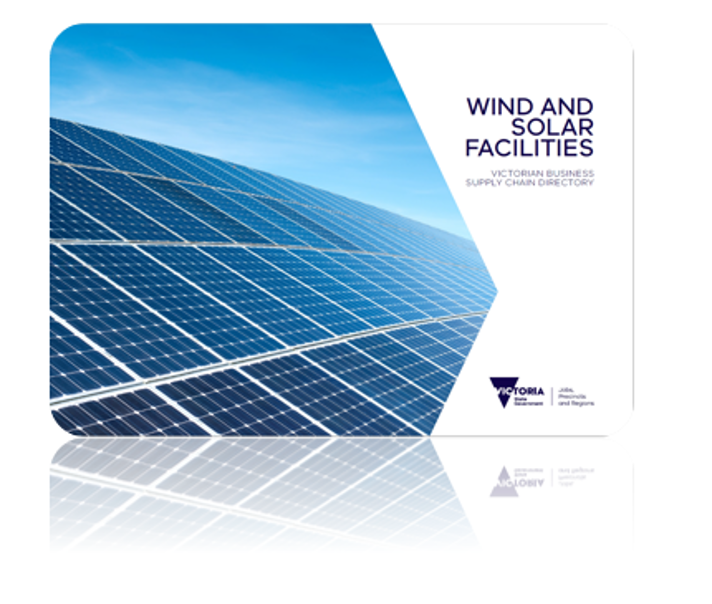 The Victorian Government has released a Wind and Solar Facilities - Victorian Business Supply Chain Directory, that details the breadth of companies currently operating in Victoria, or have the capability to establish or operate renewable energy sector facilities.  We encourage you to utilise this directory to identify partners for current and future renewable projects.

Responding to the demand for clean energy the government has implemented an energy efficiency scheme to improve the energy efficiency of homes, businesses and public buildings. Energy consumers may receive discounts and special offers on selected energy saving products and appliances installed at homes, businesses or other non-residential premises. The bigger the greenhouse gas reduction, the bigger the consumer's potential saving.

The government has also established a A$20 million New Energy Jobs Fund, which offers grants to firms specialising in the new energy technology sector.

As Victoria's world-class universities produce more graduates than other states in fields such as engineering and ICT, investors will find it easy to engage the skilled workforce they need to support their New Energy Technology projects.

As added incentives, the state's exceptionally generous R&D allowances (some of the most generous in the world according to KPMG), and some of the country's lowest business taxes will make the potential business opportunities for new investors worthy of serious consideration.

The state's export focused government is also a successful active facilitator of research and industry collaboration outside the scheme.

Wirsol invests in Gannawarra Solar Farm, a 60MW DC single axis tracking project.  It will be integrated with the Gannawara Energy Storage System.