China is Victoria's largest trading partner, a major destination for Australian exports, a growing source of inward investment, and a major source of migrants and tourists. Victoria's economic prosperity is strongly linked to the State's relationship with China.

In 2020, China bought $159 billion of Australian exports, more than one-third of Australia's total exports to the world; China is our top overseas market for agriculture, resources and services. Chinese investment in Australia reached $12.8 billion in 2020-21, according to the Australian Foreign Investment Review Board.

Supporting our relationship, the Victorian Government has offices in Shanghai, Beijing, Nanjing, Chengdu and Hong Kong, which play a vital role in the facilitation of trade, investment and the establishment of people to people links and partnerships between the regions.

Entered into force in December 2015, the China Australia Free Trade Agreement (ChAFTA) paves the way for Australia's economic relationship with China in terms of both trade and investment.

For more information please refer to The Department of Foreign Affairs and Trade: 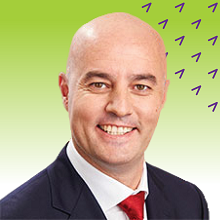